TEX, the textile label of Carrefour, is giving matali crasset free rein. From March 2017  to March 2018, the French designer is creating a series of objects presented as ve highlights to bring out the seasons.

matali crasset has always been sensitive to her projects’ accessibility in terms of utility and price. This is now an opportunity for her to re-assert her values in common accord with the TEX teams.

Asserting that it’s time to show one’s optimism, the collection’s leitmotiv is «twist life» to o set the “sad life” of before. The collection proposes a joyful approach to life, inviting all to share, meet, and express themselves through the generous tints of at colours.

Third highlight question the demands of our interiors and their capacity to evolve with time.

The enveloping linen is meant to make it easier to pull this sometimes funny quilt onto the cover.

The simplicity comes from not needing to move the cover (you can see what you’re doing) not wear it with the quilt.

It’s a quilt that can be converted into a sleeping bag.

It’s for accompanying impromptu guests, to break the routine or just to be a little more informal indoors....

Sleeping under the stars, on beautiful days, in the garden or on the porch or even camping out indoors and inviting a friend overnight.

The quilt and slip cover, which are sold together, come with a simple flap that folds down to pass one’s head through when the object is in sleeping bag position.

To convert, just fold the quilt lengthwise in three, and keep it closed with the transparent buttons around the edge.

With the flap, it’s easier to slip between the first and second thicknesses.

Very graphic bed linen inspired by the birch forest by playing on the black and white contrasts for a dynamic, modern bedroom.  A different design on the recto and verso that therefore proposes two different ambiances combining the cover and the two pillowcases. 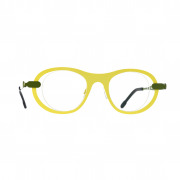 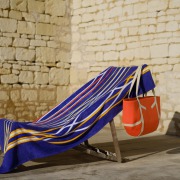 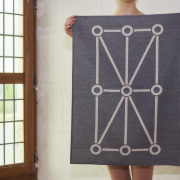 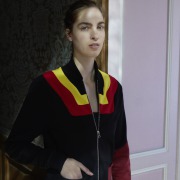